…BUT WE WILL WIN

He comes at us brutally with all his forces; he inundates us with challenges and paints the picture that the troubles and frustrations he is causing us are more than the victory that we have already scored in Jesus name. He is going to blindfold us with despair and cover all our days with gloom.

He is going to enwrap us with a blanket of darkness. He wants us to lose hope in God, give up and turn to him, so that he might ultimately win us over for punishment and total destruction, so that he could mock God through us. Because he knows that we are God’s invention, a good and precious property in God’s hands, made specifically to show forth God’s glory to his own [devil’s] shame that is the reason why he has singled us out as the target for his wicked onslaughts.

He knows that ahead of us lies a great glory to which we come closer with every new step we take, and because he doesn't want God to be glorified, so he wants to stop us. He has not relented on the scheme he started in the beginning to usurp God. He would not accept his defeat and he is out there furiously working to frustrate the works of God in us because he knows we are dear to God. You see, we are God’s ambassadors sent here to advance the frontiers of God’s kingdom and our survival is a danger and threat to him, so he wants to quickly kill us before our full maturity.

But in spite of ourselves, we sometimes get carried away and lose guard. We are wont to forget that we are soldiers constantly at the battle front and we couldn’t just afford a second rest because that is exactly the moment that our assailant who has been defeated many times but remains stubborn is looking for. We often forget that we are soldiers and that we have to fight for our survival.

A lot of times too, we ask endless whys. Why this and why that? Why would things easy for others become difficult for us? Why do we have to fight for our lives? But in reality we have come to understand that without first a battle there cannot be talk of victory, just like without trial a hero wouldn’t emerge. And yes, a hero; that is what God wants to make out of us!

So He teaches us to fight because we carry a higher price and in the midst of our battle we keep our eyes on the light in the distance, even though it is faint and far away, still we know that we shall get there once we have won the present battle. And it is not us fighting and winning, it is the spirit of the Lord winning for us all the battles.

So people look at us and ask us many questions that we cannot even answer; they look at us and conclude that we are a people to be pitied, but God says He wants to show the world through us the mightiness of his ability to crush impossibilities, He says He wants to use us as specimen for great experiment so that the world could come to the knowledge of His great and unlimited power; you know, just like He used the Israelites to shame Pharaoh and the dead Lazarus to shame the sepulcher. Just when it seemed that all hope was lost The King made an appearance and the table was totally turned against the devil!

But sometimes we cry because he is coming at us too heavily and it seems that he will defeat us once and for all, but if we could only keep the cross in focus because that is the symbolism of our victory. It is the evidence that this battle is a walkover. It is the seal of our ultimate victory, because our Lord won before and forever, so we will win. So we cannot be defeated, so the kingdom of darkness will not sing songs of victory in our own case, so though we feel weak, we shall rally ourselves and be revamped, we shall stand up and fight being fully assured that our victory is not only certain but it is even more imminent now than ever. We can already smell it and we are more than conquerors in Jesus name. Hallelujah! 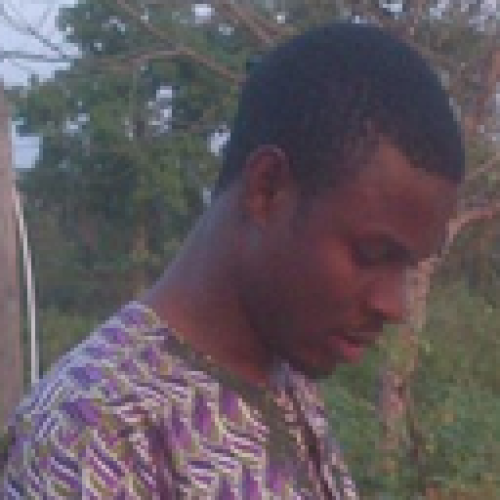 How to Write an Email Requesting Bank Statement + Free Samples

How to Write a Letter Requesting Reimbursement