By admin
Updated: August 28, 2020
Business Emails
I wrote this story in my diary in 2011. I would like to know your point of view on this matter.

Like most of us, NYSC (National Youth Service Corps) took me into one of the most remote places in Nigeria. While some may argue that Igbede, Ikare-Akoko is not so remote; I was shocked by the way of life of their people and the “accepted” behaviors amongst them. It is comparable to what Dr. Dele Ogunro described to me in his experience at Liberia, a country still recovering from the lingering effects of civil wars that left them with about 85% of their population living below the international poverty line.

I reported to the permanent NYSC camp in Ikare-Akoko, Ondo State on July 6, 2010. The camp life completely secluded us from the day-to-day life of an average Ikare-Akoko man. After three weeks of the good, the bad and the ugly, I was posted to the capital of Ondo State, Akure; but I ended up in Ikare-Akoko as my station (being a Veterinarian). I resumed work on August 4, 2010, and I was provided an office-turned-to-room for accommodation.

That wasn’t a big deal to me!

Around the Central Garage

In my first week in that town, I was shocked by the large number of motorcycles compared to automobiles. As if this was an unnecessary agitation, I was furthermore embarrassed by the level of recklessness of both automobiles and motorcycle drivers. I mean, it was so bad that fatal accidents were happening on their streets and not just on the highways only.

Because my place was close to the garage, I found out that their drivers had hotspots around the garage where they drink themselves to stupor. There, they spend their daily earnings and thus remain poor no matter how much they earn. Later in the night, they hang around the roadside and dance to music coming from CD sellers. Also, there was a red light district around the corner for exploring their lust.

After a couple of months in that vicinity, I concluded that this is probably not peculiar to this town; but I was perplexed by another show of culture when I moved into NCCF Family House at Igbede. As the family house is quite far from the garage, my experience there was another shocking revelation.

You see, for so long I have always being attracted by the beauty of the people of Ondo State. Many of them are fair-skinned and “endowed” (if I may say).

So, when I moved to Igbede (a residential area), I was not slow to discover those seraphic creations of God even though they appeared uneducated. Yet, I had little or nothing to do with the people of Igbede until INEC registration exercise brought me out of my enclosures.

Initially, I was disappointed to find several beautifully endowed ladies and handsome guys who lacked basic formal education and thus remained savage. Many of the girls already had children out of wedlock (sometimes for different men) usually before they clocked 18 years of age.

Typically, girls get impregnated by 14, 15 or 16 years of age. The stronger girls fight hard and end up in the house of the fathers of their babies (even if they still live with their parents), while the weaker girls accept their fate and become the mother and father of their child (or children as the case may be). It was not uncommon to find girls in their early twenties who already had two to four children for different fathers.

Worse of all, I had about cases where a sister would have a child for her own brother –this is worse than incest.

My Experience with a Young Boy

I asked a sixteen-year old boy how many wives he planned to have, and he affirmatively said ‘a minimum of 4’. I was shocked, so I pestered him to tell me why he had such a grandiose plan for his life.

He explained to me that, his father is rich because he owns and lives in a large house of about 2 flats with 4 wives and 25 children; but he would like to have a minimum of 30 children.

As much as I tried to persuade him to plan to live in a better house and send his children to the best schools by not having more than one wife, he belligerently refused my counsel. He further explained to me that, men have outnumbered women in the world, so having many wives is a good practice.

Other Things I Found Out

I met this guy who is a graduate and had finished his NYSC from the north of Nigeria before returning to his hometown, Ikare. I heard through a grapevine that he had spiritual powers against bullets and cutlasses in case of riots. He seemed to be more satisfied with those capabilities that the pursuit of intellectual growth and development.

Also during INEC registration exercise, I was surprised by the reasons people gave for coming out to register. A couple of them said they wanted to see how they would appear in the voters’ card, and some just wanted to keep the card as souvenir to show their friends their achievements.

Looking at all these people, I feel utter pain for the devastating effects of unemployment, illiteracy and poverty on a nation and her people. On regular working days, it was a common occurrence to find strong able-bodied men lazying away at home. Sometimes, I wonder if it is the abundance of fruits and cheapness of food that gave room for such laziness and disregard for knowledge in spite of their nearness to civilization.

In the end I realized that, though every man has the responsibility for growth and development in every sphere of his life; our leaders (starting from fathers to religious leaders, governors and presidents) have the responsibility to shape the ultimate direction for their people by instilling the right values and not condoning any act of savagery or its tendency.

Let me know your perspective in the comments below! 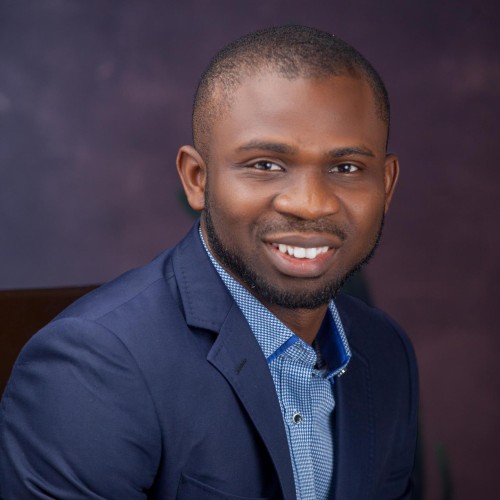 How Nigerian Businesspersons Thrive despite All That is Happening

Who troubles you O great Nigeria?

How to Write an Email Requesting Bank Statement + Free Samples